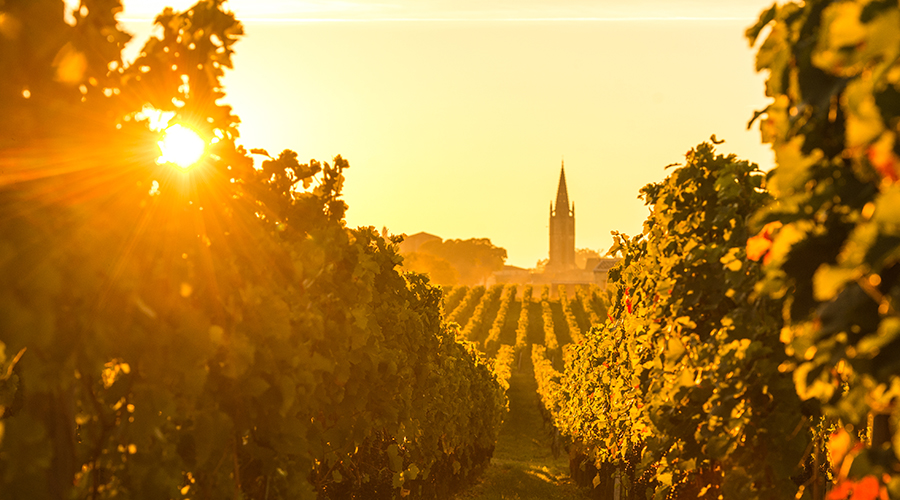 Our Quest Tour, hosted by Adam Ashley-Cooper is for the business end of Rugby World Cup 2023. We attend semi-finals 1 & 2 in Paris, spend four incredible days and nights in Biarritz and Bordeaux before returning to Paris for the final!

The luxurious seaside town of Biarritz became a destination for Europe’s rich and famous in the 19th century. While Bordeaux is a cultural and culinary force of nature surrounded by some of France’s top wineries, à votre santé!

Adam earned 121 international caps for Australia including playing at the 2007, 2011, 2015 and 2019 tournaments. In Super Rugby Adam played for the Brumbies and Waratahs before joining Bordeaux in France for several seasons. Most recently he won a Major League Rugby title with the LA Giltinis.

We will have flight options and prices for economy, premium economy and business class fares available 12 months before the tour and will be in contact at that time. Flights booked through We Love Rugby will include arrival airport transfers to our hotel.

Tonight all of our tour groups come together for a big night on the town in anticipation of tomorrow’s rugby action!

Then tonight we head to the magnificent Stade de France for the first of the tournament’s semi-finals.

Today we explore more of what the French capital has to offer including the Champs Elysees, Montmartre and the Parisian cultural highlights around Le Marais. Then we return to Stade de France for tonight’s second semi-final.

This morning we head south to the Bay of Biscay and the playground of France’s rich and famous - Biarritz!

The luxurious seaside tourist town of Biarritz lies on the Bay of Biscay in the heart of French Basque country. After being known mainly as a fishing and whaling town for most of the Middle Ages, the 19th century saw the city become a luxury destination with European royalty coming to relax at the city’s main beach and famous salt baths. More recently Biarritz was the location for the introduction of surfing in Europe and attracts surfers from around the world each summer.

After check-in at our hotel we head down to the beachfront promenade to soak in the sea breeze at one of town’s best open air cafes.

This morning we have time for a morning swim and stroll through the relaxed streets of Biarritz before we depart for three nights a highlight of any French tour, Bordeaux!

Best of all for the tourist, the city is a world capital of wine with Vinexpo - the world wine expo - held here every two years. We will visit the modern Cite du Vin wine museum on our city tour and of course there are plenty of cafes and bars serving the best of the local produce!

Boasting some of France’s boldest architecture and public spaces Bordeaux is a delight for both visitors and locals. From the incredible Place de la Bourse to bustling Sainte Catherine Street and the UNESCO-listed Saint Andre Cathedral, the city has spectacular photo opportunities at every turn.

Saint-Emilion is a medieval town whose steep, narrow streets are lined with churches and ruins dating back to the 11th century and earlier. The town and surrounding vineyards are UNESCO World Heritage listed. The wines of Saint-Emilion are blended from three main grape varieties: Merlot, Cabernet Franc and Cabernet Sauvignon.

Today we head to one of Saint-Emilion's top wineries before getting together for our final evening in Bordeaux.

Today we return north to Paris ahead of the climax of Rugby World Cup 2023!

Today we visit the world heritage listed Palace of Versailles for a tour of the incredible Royal apartments and extravagant gardens. In 1623 Louis XIII developed a hunting lodge on the grounds which was subsequently developed into a magnificent palace and gardens which soon became an enduring symbol of royal opulence.

This evening we get together at our central Paris sports bar for the bronze final, always an exciting display of attacking rugby!

A ticket to tonight's bronze final can be added to your tour during the booking process.

This afternoon we have our pre-final function where our expert panel will share their thoughts on the tournament and preview tonight’s final.

Then tonight is the tournament’s showpiece event at Stade de France!

Today our tour ends. Airport transfers will be included for anyone who has purchased their flight through We Love Rugby, details for this will be available in October 2022. Extra nights at our tour hotel will also be available if needed.