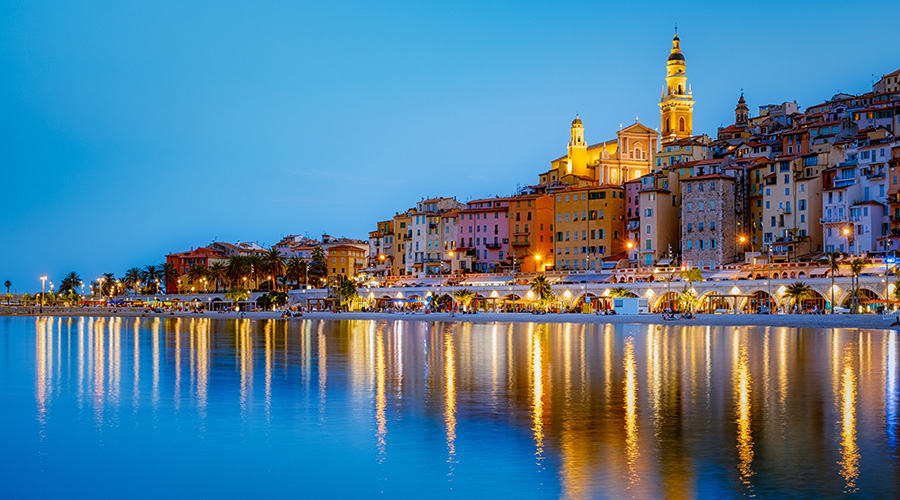 Our Getaway Tour, hosted by Benn Robinson, starts in Lyon which will be a base for the Australian team during the tournament before we head south to the French Rivera cities of Nice, Monaco and Marseilles. From here we fly to Munich for the world’s biggest festival; Oktoberfest - an event that has to be seen to be believed! The festival was a highlight for travellers who joined us in 2007 and 2015 and will be an incredible experience in between the pool matches in 2023. We then finish in Lyon for Australia's final pool stage game. Splendide!

Benn earned 72 Australian test caps and made 151 appearances for the Waratahs including as part of the title-winning 2014 side. Always popular - Benn was voted the 2009 Wallaby of the year - he will have plenty of stories as he leads our Getaway and Voyager tours.

Tonight we settle in for a massive evening of rugby action featuring Pool C rivals Wales and then the Irish take on Tonga in Pool B.

The Romans settled on Lyon’s Fourviere hill in 43BC and the city has an incredible array of highlights stretching over its 2,000 years of history. This morning we embark on a sightseeing tour of Lyon taking in Place Bellecour, Lyon Cathedral, the Roman amphitheatre of Fourviere and the central Rue St-Jean.

Following the city tour we travel south to the historic mining town of Saint-Etienne for Australia's clash with Fiji. After being given a scare against Fiji in Japan in 2019 where they trailed by 9 points in the second half of the match, the Aussies will be keen for a solid start in this one!

This morning we depart Lyon for the French Riviera. Our first stop is Cannes where we will enjoy lunch overlooking the Mediterranean before moving on to Nice where we will be based for three nights.

Today we travel to the Principality of Monaco for a tour taking in the Casino de Monte Carlo, Monaco Palace and Larvotto Beach. We then return to Nice to explore the local highlights including the famous Promenade des Anglais, Place Garibaldi and the Albert Gardens.

Today we take a city tour of Nice. Our tour starts at the magnificent Promenade des Anglais running along the Mediterranean waterfront before heading to Nice’s old town highlights of the Town Hall, Cours Saleya market square and Saint Reparata Cathedral before we finish at the pick of Nice’s cafes and restaurants to sample some ‘cuisine Niçoise’.

This afternoon we head to Stade de Nice to see Italy v Uruguay. With the Italian border just 35km away tonight’s supporters will be heavily in favour of the Azzurri!

This morning we travel to Marseille ready for one of the highlights of our tour, France v Namibia live at Marseille’s Stade Velodrome!

Founded by the ancient Greeks around 600 BC, Marseille is the oldest and second-largest city in France. Its strategic position on the Gulf of Lion has meant it has been a major trading port since its inception with a cosmopolitan culture with influences from across Europe, north Africa and the Middle East.

Today we take a city tour of Marseilles and the nearby town of Aix-en-Provence. Starting at the old town of Le Panier where the ancient Greeks settled in 600 BC, we wander through the intricate streets down to the waterfront area of Vieux Port before concluding at the hilltop Basilique Notre-Dame de la Garde and its impressive views over the city below.

After lunch we head to Aix-en-Provence. Starting at the glorious avenue of Cours Mirabeau we explore the intricate backstreets and grand city squares all featuring fountains fed from the local hot springs. Our tour ends at the daily produce market at Place Richelme.

We return to Lyon today ahead of Australia's massive Pool C clash with Wales. This evening we settle in at our local sports bar for this evening’s rugby featuring England’s match against Chile and then South Africa take on Ireland in Pool B.

This morning we travel to the Bavarian capital of Munich where the annual Oktoberfest beer festival - the largest public festival in the world! - has just gotten underway.

After checking in at our central Munich hotel we head for the first of three glorious nights at the Theresienwiese grounds - a festival that has to be seen to be believed!

Munich’s old town centre is lined with stunning architecture, traditional markets and plenty of Bavarian history. Today the city is a fascinating mix of a modern economy set within a classic medieval town.

After our walking tour of the old town we return for more Oktoberfest festivities where we will spend the afternoon sampling another of the 18 beer halls set up especially for the festival. In addition to the famous beer tents there is plenty to see and do outside from culinary curiosities to amusement rides for the thrill-seekers!

This morning we visit the Dachau Concentration Camp Memorial Site. Located 20 kilometres north of Munich, Dachau was the site for one of the Nazi’s first concentration camps for political prisoners. Today the site is an incredible memorial to the horrors of that era.

This evening we have our final night at the world’s biggest beer festival!

We return to Lyon today ahead of a massive weekend of World Cup rugby action!

Today we have time to explore central Lyon, act like a local with a stroll along the banks of the Rhone to the botanical gardens at Parc de la Tête d'Or.

Tonight Lyon’s Parc Olympique Lyonnais sees another massive Pool A match as the All Blacks take on Italy. Italy will need a win against either the hosts or the Kiwis if they are to qualify for their first ever quarter-final, will tonight be the night?

This morning we take a ride on the Lyon funicular to Fouviere’s Basilica of Notre-Dame. The Basilica dominates the Lyon cityscape and affords excellent views over the city.

This afternoon we settle in for matches featuring Argentina, Fiji and Scotland as each side tries to lock-in unexpected places in the knock-out stages of the tournament.

This afternoon we travel to Saint-Etienne for Australia's final group match in Pool C against Portugal.

We will have details on extra nights of accommodation and departure transfers available closer to the event.